A downloadable game for Windows

10 years ago, a game that would change the very internet came out.

Nightmare revamped, with uncapped framerate and resolution support (as opposed to the original games 640x480 at 20FPS restriction)

Improvements also come to the camera and controls, as well as certain bug fixes.

The feel and visuals of the game have been preserved however.

Game will happily run as standalone. Will generate a .ini and a save file however.

How do you mean "open source"? Are the game files unencrypted?

Do you know the gamemaker game: Squirrels vs Bears? It's got about the same 3d gameplay as this game and was on Yoyogames Sandbox before that site closed down. I forgot what 3d engine that was used in Gamemaker.

Yeah, that's it. Wonder if the engine is still around?

No because the site is gone. Adrien decided to just upload the entire source for nintendo nightmare instead of the old cut down version. It makes more sense that way.

Apparently there is a Yoyogames Sandbox archive somewhere and you can download any game off of it, including the Nightmare Engine.

With the latest update, you can now start the game from the beginning of any chapter in the story, as long as you've gotten that far before.

If nothing major comes up in terms of bugs, etc, I'll very soon open source the game, as originally intended.

I have to say, while this is nowhere near the level of detail the original game certainly deserves in the end in terms of graphical upgrades and new revamped dungeons and whatnot, this hits it on the head of very strongly iterating on the original engine. I can't wait for the source code to be launched (once the initial wave of bug fixes squeeze through). I especially love the new menu setup with it just pausing the current game and then being able to reload it. It will be very enlightening to see how that tinkers under the hood.

For what I heard was about two months of work, this is an amazing job well done.

Just pushed an update that fixes a few issues.

- Fixed a softlock in the pipe bug
- Fixed the car spawn position in the overworld, and moved it closer to the beginning for convinience
- Andross will no longer cheat, and continue to attack, even while the game's paused
- And some other tiny things I probably forgot

Could you also add back spacebar to accelerate cutscenes? I really liked that feature.
EDIT: And change camera default pitch when entering a level to something like 35 degrees so I don't have to use the mouse?

-Dustman will now fight back, should anybody attack him.

Only known bug remaining is the black screen, and I'm still trying to work that one out.

I played this 8 or 9 years ago, I can feel the nostalgia of so bad it's good gaming coming back.

I've been playing half of this yesterday as well, the nostalgia feels are intense!

Time to try this 6MB goodness! 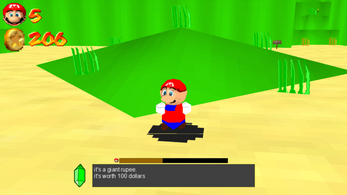 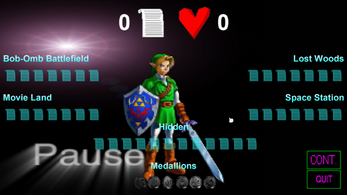 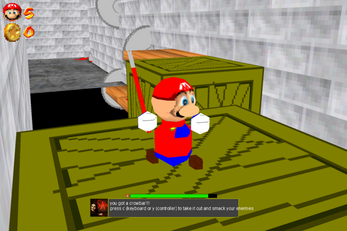 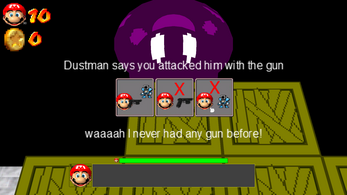 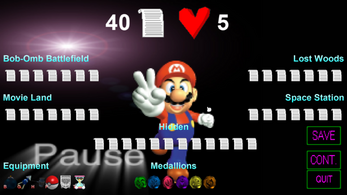 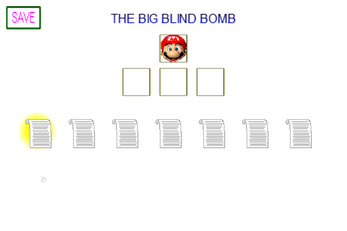